Mumbai, Aug 1 (IANS) Tamil filmmaker Pa. Ranjith, known for films like “Kabali” and “Kaala”, is set to make his Hindi directorial debut. The “mega period film” will be in collaboration with Namah Pictures.

According to a source, the subject that producers Shareen Mantri Kedia and Kishor Arora of Namah Pictures and the director are working on is a “period film based on a true story which will go on floors next year”.

A spokesperson from Namah Pictures said in a statement to IANS: “We at Namah Pictures are quite excited to collaborate with Pa.Ranjith for a film. Really looking forward to it.”

This isn’t the first project that is based on a true story and is backed by Namah Pictures. They have also produced “Karenjit Kaur – The Untold Story of Sunny Leone”, based on the life of actress Sunny Leone. 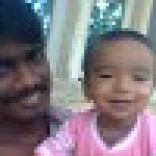