Home Entertainment Samantha vs Pooja Hegde: who is jealous

Samantha vs Pooja Hegde: who is jealous Samantha is the star heroine in Tollywood and she with her different genre films and characters set the screens on fire with her performances. After her marriage with Naga Chaitanya, she is doing performance-oriented roles. Samantha faced a reverse in the form of Jaanu while she scored hits like Majili and Oh Baby.

In the meantime, Pooja Hegde after a couple of flops in Tollywood, shot to fame with her bikini blast in Allu Arjun’s DJ. She then never looked back and is now giving run for money to everyone starting the year with a bang scoring hits like Ala Vaikunthapuramlo and Bheeshma romancing Allu Arjun and Nitin respectively. She is romancing Prabhas in his next and Akhil in Most Eligible Bachelor.

Now many are wondering who is jealous of whom as cat fights are common. It is quite common for stars accounts getting hacked and the respective star revealing that his or her team is busy resolving the problem and not to take whatever posts come from her account seriously.

Pooja did the same after her account got hacked. But before that, a meme on Samantha came saying “I don’t find her pretty at all.” Pooja went silent on it as she thought that since she explained that her account was hacked. However, Samantha’s fans started trending #PoojaMustApologizeSamantha.

In the meantime, shocking details are coming out about sarcastic banter between Samantha, Nandini and Chinmayi who are close friends. This resulted in an open war as Pooja Hegde’s fans came out in full support questioning their chat. 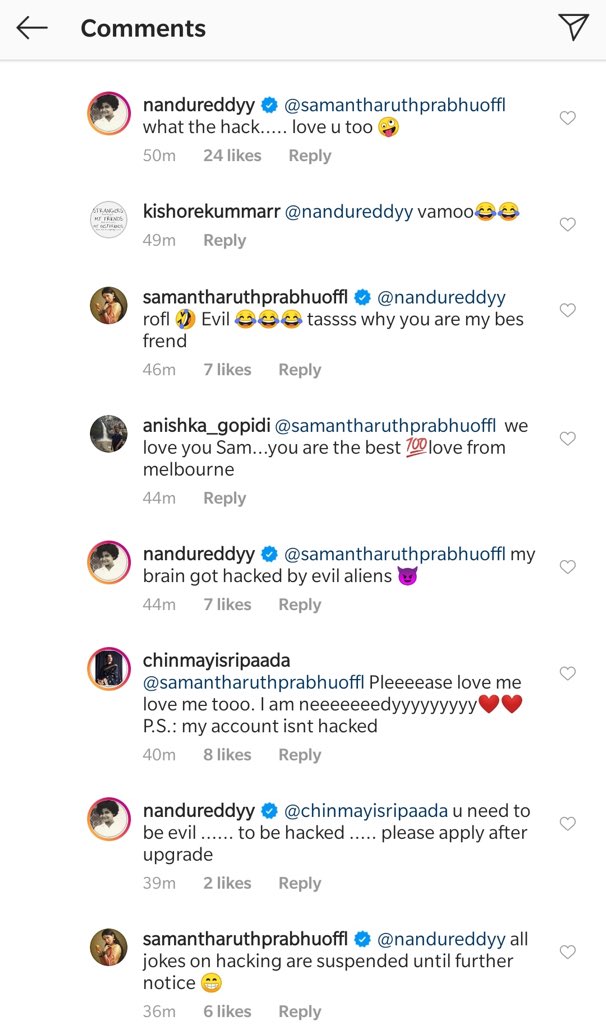